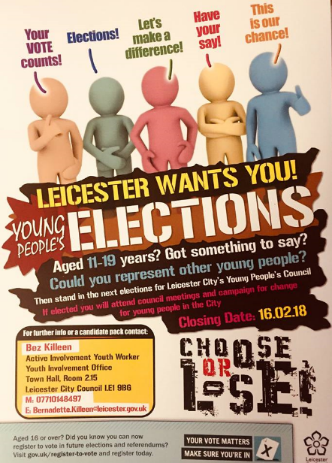 At the end of January this year, students at the Learning Centre responded enthusiastically to a presentation about the Young People’s Council in Leicester. Several expressed their wish to stand for election themselves.

Once we had the agreement of their parents and Denise, students were supported in writing registration forms and election speeches by Liz Stevens and Bez Kileen, Youth Involvement Team Manager from the City Council.

Students submitted their applications at the town hall and were given special ‘Choose or Lose’ election candidate t-shirts. The boardroom was booked for our own polling day at West Gate and students set to work promoting their campaigns, including reading their manifestos at the town hall. On 9th March almost all students aged 11-19 at West Gate voted for their chosen candidate, having thought about their manifestos. Students from across the many different city schools voted during this time too. 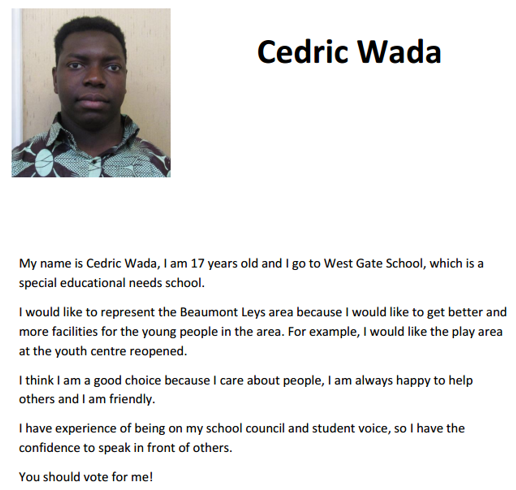 After school on 23rd March, all four of our reps, Jestej Bhachu, Kornel Pienczykowski, Cedric Wada and Muhammad Gaffar attended the election results and swearing-in ceremony at the town hall, accompanied by their teacher, Martin Ham and TA, Liz Stevens. Despite coming from a smaller school, they received a huge number of votes from across the city and all four were elected as Young People’s Councillors for 2018! This is the first time students from a special school have stood in these well-established elections.

In their new roles they will:

They attended their first training session on Saturday 14th April and I know will continue to make the school and their families proud with their amazing enthusiasm, confidence, maturity and leadership. 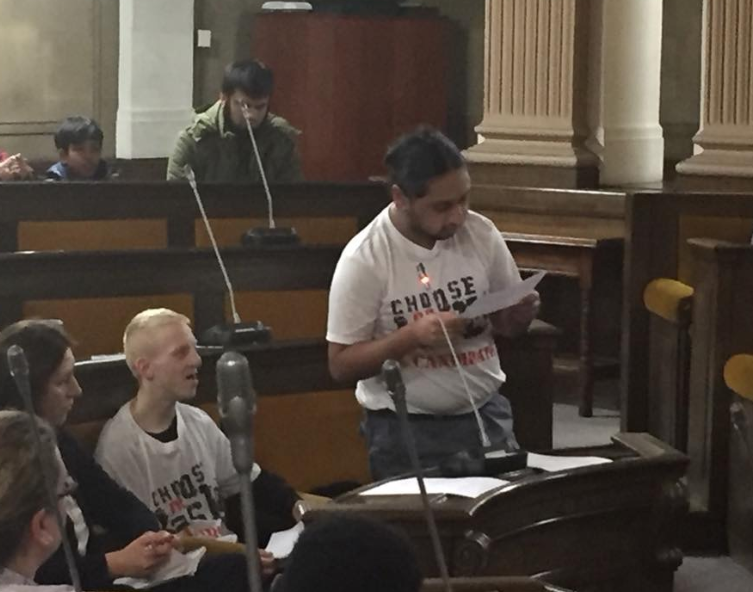